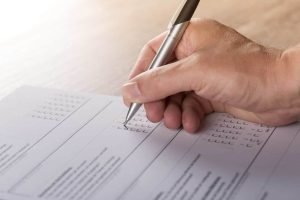 During the last week of November, the BTU polled our readers on the matter of performance evaluation, its reported bias, and the school district’s obligation to explain some of the reported disparities.

On the first issue, whether or not bias exists, more than 500 people responded, 66% of whom believe the current performance system to be unfair and biased. On the second issue, more than 88% of the 400 who took the poll think the the school district owes us an explanation.

A few takeaways here: The polls drew large numbers — far larger than in past polls — of respondents. And most respondents are not bearing the brunt of the results (i.e., they’re not getting bad evaluations), and are therefore in a truly objective place to view the process.

We all have a shared problem in this. On the one hand, the process is biased and discriminatory, and our members are suffering. On the other hand, the department is suffering from a credibility problem whether it admits it or not. Given all the internal discussion over this and given the sensitivity of the issues involved — not to mention the unfairness to our members — the department ought to act sooner rather than later.

We pose the following question to the department: If the system is fair, objective and unbiased, then how does one justify that after more than two years of data collection — over two separate cycles — the results are skewed along racial, age, and gender lines?

Notwithstanding your answer to the previous poll question, would it be helpful if the school department could explain why there is such a disparate outcome (by race, gender & age) in the performance evaluation process?

Boston’s teachers are succeeding swimmingly in their chosen profession, with 93 percent landing in the exemplary and proficient categories on a new teacher-evaluation system. Yet about two-thirds of the city’s schools rank in the bottom 20 percent statewide based on student test data. What’s going on here?

“There’s a disconnect between our teacher ratings and how the schools are performing,” explains Boston School Committee member Mary Tamer. “The responsibility rests on the principals….”

Read the rest of the article.